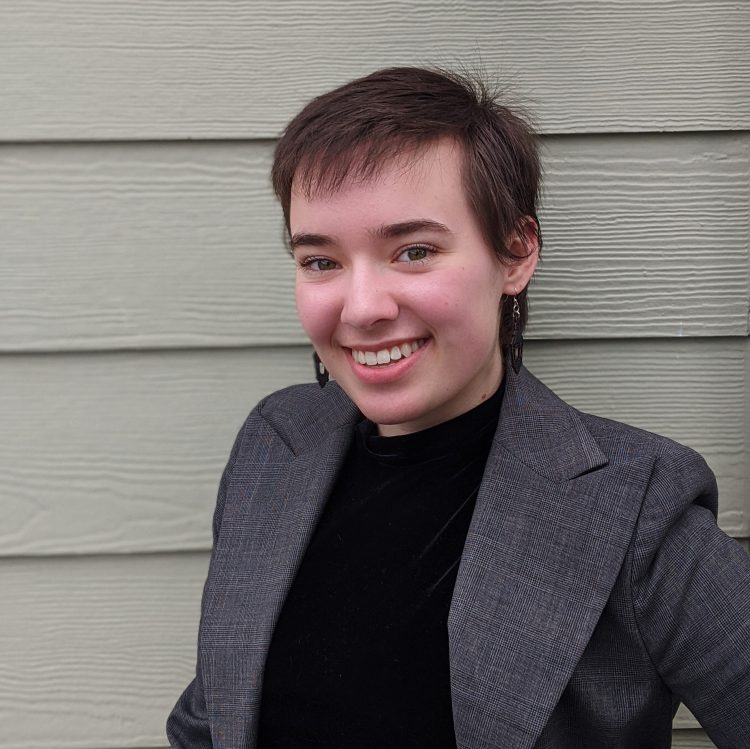 Since August 2019 she has been the Soundscaper of Rusty Quill Gaming; all of the bonks and drips and ghost wolf whips are her doing. Tessa can occasionally be found streaming on Rusty Quill’s Twitch account with the real star of the show, her dog Tikka, making frequent appearances. In her free time Tessa likes to watercolor, work on goofy secret sound projects, play tabletop or computer games, and run with Tikka on the trails near her home. For someone with a creative writing major, Tessa spends much less time writing than reading.

Teleportation. I can visit my family in the Netherlands any time (or my friends at Rusty Towers!), and if I really want the experience of flying I can just teleport into the sky, fall a bit, and then teleport again.

If you could be any animal in the world, what animal would you choose to be?

This isn’t an animal, but I would want to be a fern. Ferns are great.