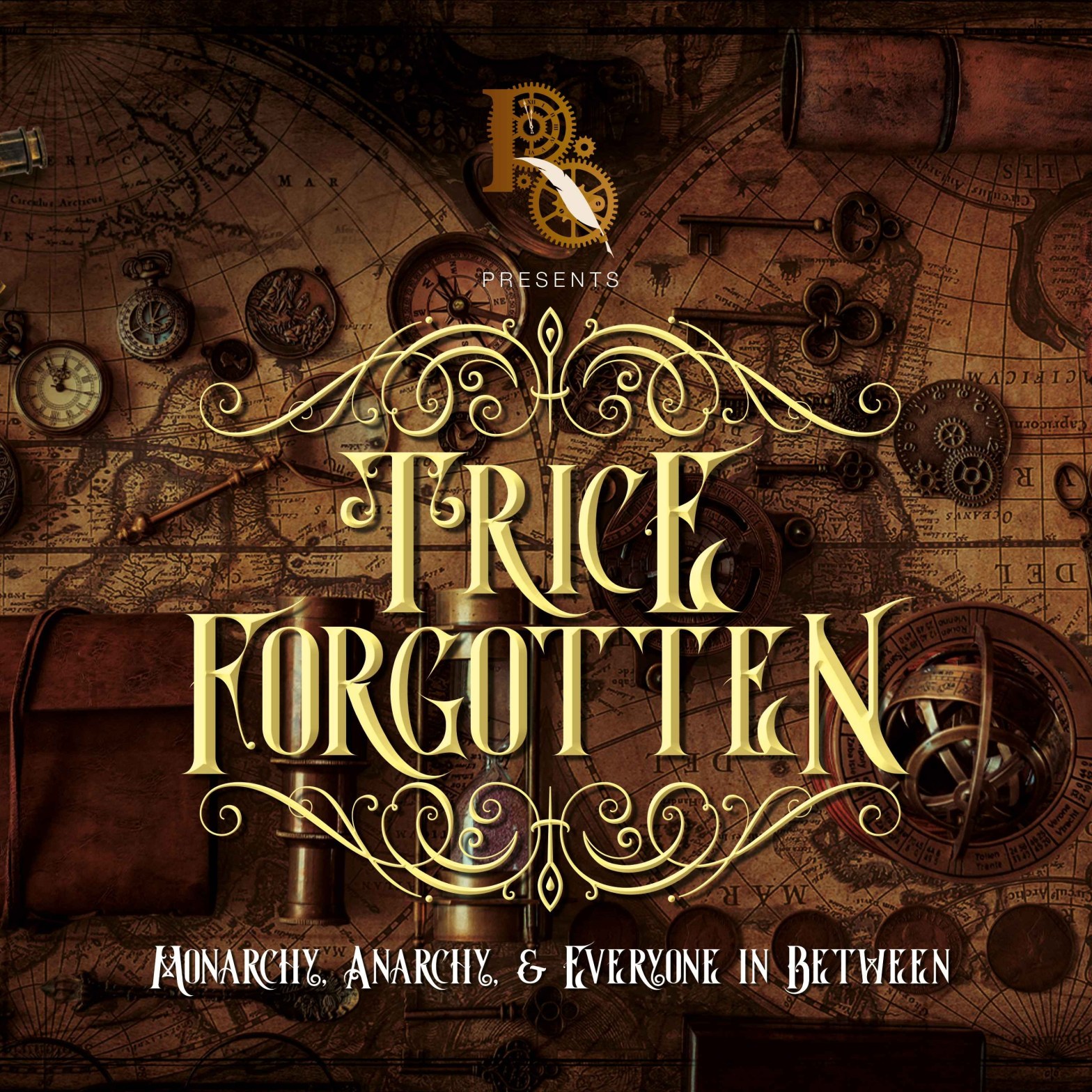 Monarchy, Anarchy, & Everyone in Between

Trice Forgotten is a found-family, pirating adventure. Alestes puts her head down working as a merchant, couriering deliveries and carrying travelers to destinations across the seas. Only, her travelers gradually become permanent crewmates, until she realises her ship has become a floating museum, laboratory, vault of repatriated ‘treasures’ and chef’s kitchen.

After spending most of her life with the understanding that nothing changes, no matter how hard you fight, Alestes is faced with a choice: Will she use her new network of allies to build safe harbour and potentially a future for her new community, or will she once again put her head down and drown in her sea of excuses…